St Valentine's Day in words and pictures. A post for Trove Tuesday


Around 1880 St Valentine's Day was a day that everyone seems to have genuinely looked forward to. Here's a very small selection of articles I found on Trove, beginning with a couple of drawings. 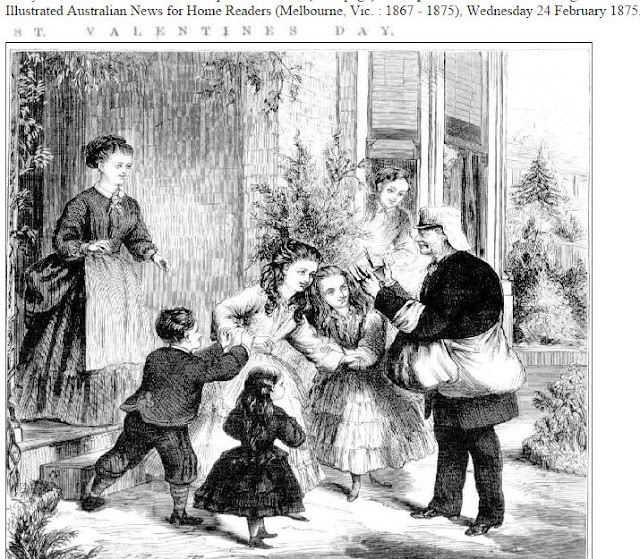 A poem for St Valentine's Day that might have been a description for the above sketch, some five years later: 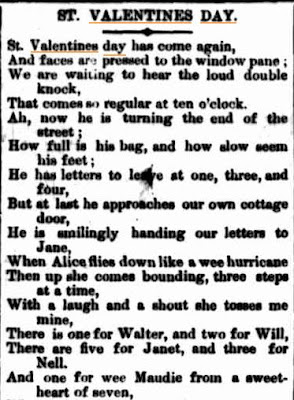 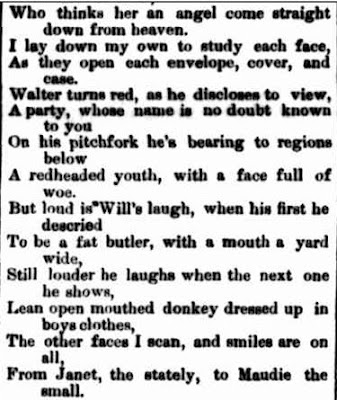 An extract from a piece in the Ballarat Star of the same year: 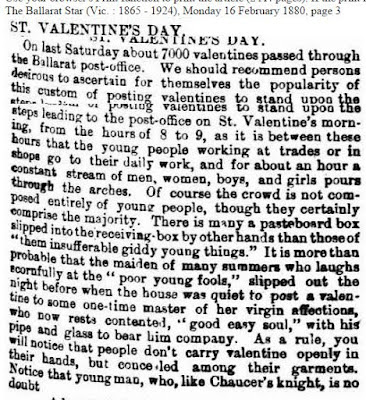 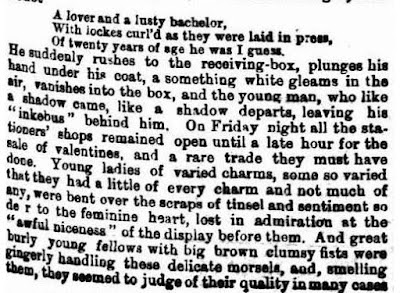 by the pungency of the perfume, and if they were well backed up
by a good sentiment, such as "I love thee ten thousand maids among",
these young men were " [illegible]" straight.

The article then goes on to discuss reasons for the existence of St Valentine's Day at some length.

Here's another cartoon from the Melbourne Punch, 14 February 1889, which may indicate that the decline of the celebration had begun. It gives cynical suggestions for cards to send to various well-known figures of the day. 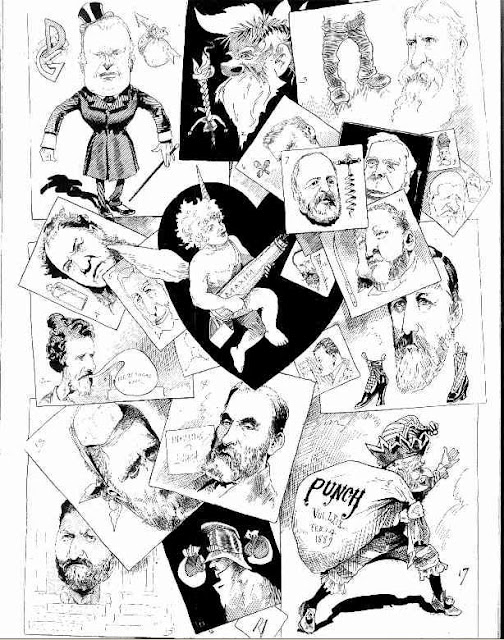 Sadly things went downhill from the 1880s, and forty years later the final extract comes from The Journal (Adelaide SA, of 17 February 1923.  It's a recollection of the author's happy memories of St Valentine's Day and and reasons for its subsequent decline. 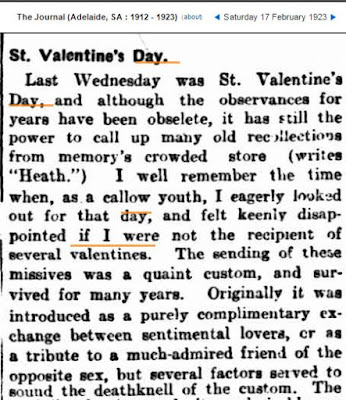 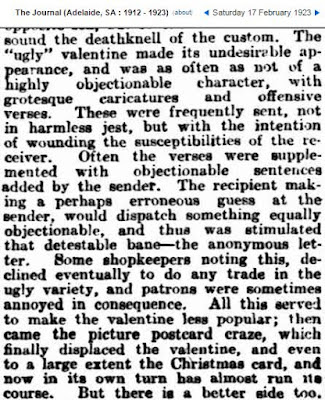 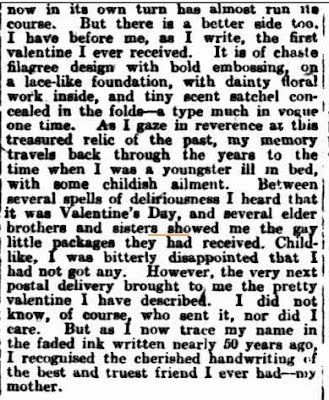 Valentine's Day has had a revival over recent decades, although many people consider this is just due to commercial influences. Thankfully the ugly Valentine has not returned to any degree, or at least not as far as I am aware. I don't celebrate the event, but here's wishing that those who do
enjoyed a very happy Valentine's Day!